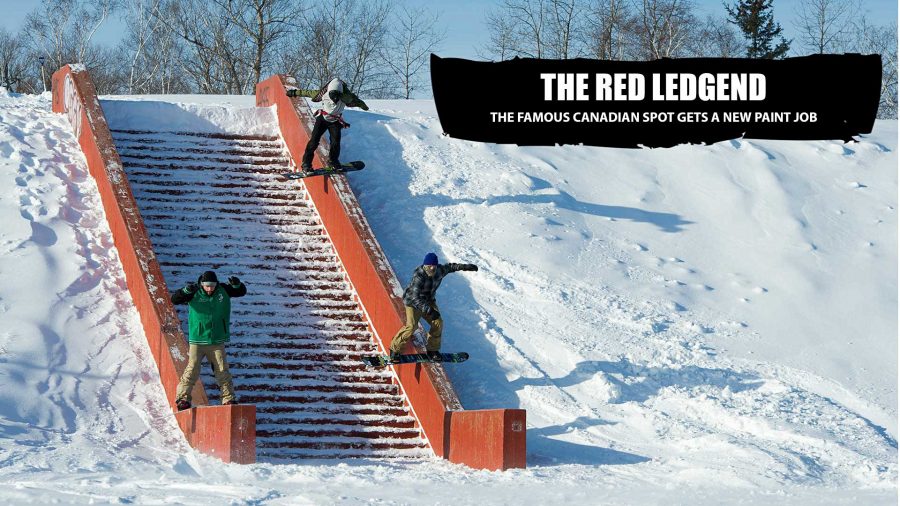 One of snowboardings most famous street spots if Quebec’s Red Ledge. However, it is now grey thanks to a new paint job? Time to reset all the ABD’s?

SNOWBOARDER talked to those who helped define it’s history to see the role it played.

“To me, the ledge pretty much represents the evolution of technicality on street rails,” says Guillaume Brochu, the first to go sideways and emerge unscathed. “From the first time Phil and I did it–we were sessioning it together on a -30 day. After an hour trying, we were both at a point where we were giving up, saying, “It is impossible. The kink is just too gnarly at the end.” And the we ended up doing it and thought, “Okay, for sure the gnalierst trick has been done.” And for me, it was unbelievable to see Louif come in with a frontside boardslide. The evolution of the ledge, when we did it and everything that followed, has completely blown my mind. Every year I have thought, ‘Okay, this is it. Okay, frontboard. Louif did it, we’re done here. Nobody is going to think of doing 270 on it.’ And then the year after somebody did it. I think it truly has shown the evolution of street snowboarding.”

This is a rare one.